Agnes Thor was born in Sweden in 1986 and received her BA of Fine Art from the School of Photography at Gothenburg University. Her work has been exhibited in Sweden, the United States, as well as several European countries. She is currently based between Sweden and New York City.

As the River Runs is Thor’s second book, published in 2015 by Blackbook Publications. A beautiful cloth-bound monograph of work documenting the surroundings of her childhood home, As the River Runs is a collection of 44 photographs divided within four distinct chapters.

“There’s hesitation in the urge to retrace my steps. In all, it seems like the days of summer and winter were filled with a sense of joy. There were photos of times before my memories: birthday parties, flowers, family. Already then I was nostalgic for the times before me.” – Agnes Thor

Where were these photographs taken and what motivated you to explore these places?

Everything is shot in very close proximity of my childhood home, outside of Örebro in Sweden. They were shot over the course of eight years, and I had made a habit of going out photographing whenever I would come back home. I went through a lot of stuff over these years, and photographing helped with the process.

What were you thinking about or searching for when photographing?

Sometimes I would go out because the light or weather was amazing. Sometimes I brought my camera on little walks or to document my daily life. Some of the images came to life because of a garden project I was working on and never fully realized in the end. One thing all the photographs have in common is that I often tried to capture an emotion or a place where I had strong memories. I always stayed very close though, and trailed the same paths repeatedly. This was actually pretty subconscious. When I started editing the work, I realized that I had stayed within the limits of the area that I was free to roam as a kid. I was so familiar with the landscape, yet I always seemed to find something new to photograph.

How did you come up with the title As the River Runs?

I was doing a lot of writing when I was editing the project, and part of those writings became the foreword, and the title came from there. It refers to the river that runs by the house I grew up in, which was always present with it’s humming. I also see it as an allegory over the time that passes.

What is the significance of the chapters in your book?

I’d like to think that the book has different layers–it’s a personal story about this particular place and my life there, but it’s also a meditation on the Swedish landscape, as it goes through the seasons in the book–acting as a visual story on the passing of time.

The chapters are little stories within the main narrative. The first one, The Dawning, is focused on the garden, a memory of the times that were, and the start of something new. The second chapter, The passing of a year, portrays the light and the landscape throughout the seasons. The third chapter, The drawing of a line, is all shot outside the garden, and is an exploration of places which I either was afraid of, or where I would regularly go. The final chapter, The last breath of summer, expresses this one memory that I believe everyone has from their childhood–a moment when things are warm, easy, and free. 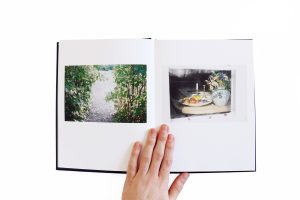 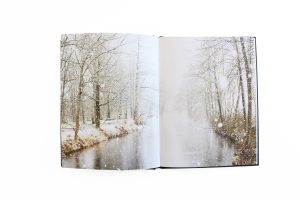 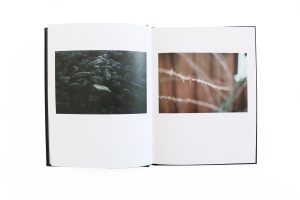 There are not many people, but traces of a human presence in your photographs. Could you discuss your process shooting alone amongst these domestic spaces?

I usually like to be alone, or in the company of very few people when I photograph, and whenever I shoot self-portraits I need to be completely alone to be able to act in front of the camera. I also get a bit distracted when I’m with other people, caught in the moment (which I actually appreciate a lot), so there’s that as well. In addition to this, I often have to wait around quite a while, or be up on odd hours to get the light I want, and that’s easier to do by myself.

Did you always imagine this series to be presented as a book?

This series emerged from an exhibition I made in 2013. At first, it was going to be a continuation of my first book, Aurora Borealis(Mörel Books, 2010), with a mix of landscapes, portraits and still lives shot in different places. But as I started to go through all the material I’ve shot over the past years, the story about my home emerged.

Were there any specific design decisions you made when putting together As the River Runs?

It was a mix of having no limits, and then setting limits so that I had a frame to work with. I started off with a large amount of images, but as I edited them down, it also became apparent as to how many pages it would be. I work very intuitively, and only showed the selection to a handful of people to keep it focused. I also knew from the start that I wanted a cloth bound book, as well as having foil-details and the image insert on the front. I imagined it to be quite small and intimate. The layout grew from there, and I had the help of designer Kirsty Bruce to fine-tune it all.

To see more of Thor’s work, please visit her website, or to purchase As the River Runs, please click here. 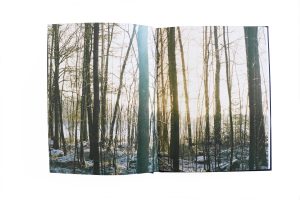 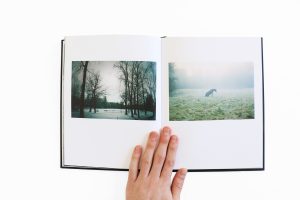 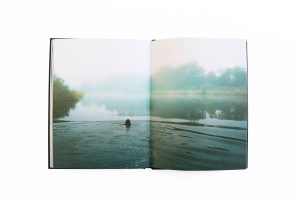